Some of you might remember that Coldplay made a brief and slightly mysterious appearance in India a few months ago, in 2015. They then visited again in September 2015 in order to shoot the video for their new single ‘Hymn for the Weekend’, featuring Beyoncé. Released on January 29, 2016, the video has already earned around 15,428,680 views in three days, and is trending like crazy on social media. ‘Hymn for the Weekend’ has stirred the culture controversy pot thanks to its depictions of India and Indian culture, raising the interesting question — are Coldplay and Beyonce really guilty of cultural appropriation, or would this be better viewed simply as a case of cultural appreciation, as the video makes it out to be?

What is cultural appropriation?

As the name suggests, cultural appropriation refers to the use or adoption of the aspects of one group’s culture by members of another culture. Cultural appropriation is typically understood in the context of racial and socio-economic politics, and often considered to be means for a dominant or majority culture to misappropriate a minority culture’s ways, beliefs or traditions.

Why are Coldplay and Beyoncé in the line of fire?

The video for “Hymn for the Weekend” features Coldplay singing and participating in the festivities of Holi, interspersed with snippets of Beyoncé dressed in traditional Indian attire and depicted as a popular Bollywood actress. Besides this, the entire video contains images of mystics, city streets, classical Indian dancers, and for a few brief seconds, Bollywood actress Sonam Kapoor, running in a lehenga, and releasing magical flower petals into the night sky.

While the overall ‘mystical’ aesthetic of the video is in question, viewers seem to have responded in particular to Beyoncé’s clothing and attire, commenting that this amounts to the appropriation of traditional Indian culture by a group of musicians (and more importantly, by their label and producers) who intend to profit from the use of these references and symbols.

But this isn’t the first time this has happened…is it?

The problem of cultural appropriation in popular music is a very old one, and one that is surrounded by criticism, skepticism and marginalization and business. With respect to pop music and cultural appropriation, a number of artists have come under attack, including, most notably and recently, Iggy Azalea, Taylor Swift (more a case of cultural insensitivity), Major Lazer, Miley Cyrus, Gwen Stefani, Selena Gomez and Katy Perry. Like all these artists, Beyoncé and Coldplay are accused of having misappropriated cultural elements in an attempt to popularize and monetize their own content.

How common is this?

Cultural appropriation is extremely common and often goes completely unnoticed, unless it assumes a manifestation that is so widespread or sensorially demanding that you cannot ignore it. While the world contemplates ‘Hymn for the Weekend’, it is equally important to understand why generations of people continue to ignore the possible inappropriateness of dressing up as a ‘Bollywood princess’ or ‘Pocahontas’ for Halloween. It is important to understand why some of us are unable to excuse the use of a bindi or a native American headdress in non-traditional performances, but seem to be less concerned about the use of music samples of traditional indigenous instruments, chants or folk music in commercial music and cinema. It is important to understand why certain elements of folk art, considered sacred by some, are allowed reproduction on items of daily clothing, like underwear.

Where do we draw the line?

Referencing cultures and their diversity is very real and crucial to the way we live our lives. Urban Outfitters regularly sells clothing items featuring native American art. Tons of bands incorporate musical elements from other cultures, sometimes using audio samples without ever having credited the source. Folk music and dance (not just by distant cultural groups) is regularly appropriated, and there have been several instances of organized entertainment industries adopting and rehashing heritage to make it marketable content.

Cultural appropriation cannot be fully understood without discussing intellectual property, intangible cultural heritage and community rights. The discussion of the rights of people over their traditional cultural heritage is one that is steadily growing, and involves stakeholders from the legal, governmental and cultural disciplines. We were involved in such discussions at both the IAMCR 2015 and WOMEX 2015, where it became obvious that this is a subject that is both murky and complicated.

Coming back to the video, shouldn’t Beyoncé have been replaced by a Bollywood actress?

One argument goes that Coldplay ought to have had an actual Bollywood actress play Beyoncé’s part in the video. Some have even suggested that Sonam Kapoor should have had a larger role in the video and that this would have somehow made it less of cultural appropriation.

Bollywood itself is built on a foundation of appropriation and borrowing. How would one be able to choose a ‘real’ Bollywood actress or actor when Bollywood seems to be increasingly open to talent coming from other cultures and nationalities? In addition, Sonam Kapoor belongs to one of the oldest and most powerful families in Bollywood. Her inclusion in this video as some kind of whimsical, magical princess seems to have already made it amply clear that her India is very different from the one that has little children dousing each other in colour in the streets of Mumbai. With respect to casting a ‘real’ Bollywood actress, it is obvious that the question came down to one of power, politics and influence (as well as a good agent). 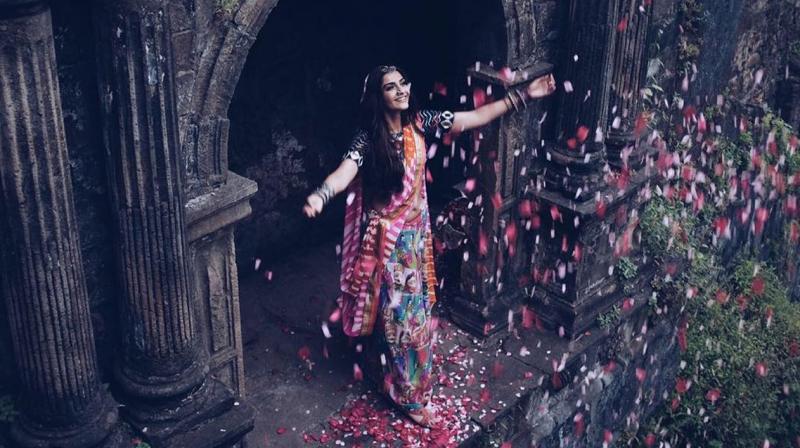 So what is this really about?

Cultural appropriation, appropriation art and similarly placed conversations are really about power structures, cultural integrity and adequate socio-political representation. It is a question of who borrowed from whom, what was borrowed and why. The real reason why all this is important is because representation, particularly in the context of contemporary media, is almost directly related to ensuring socio-political visibility. Taking without permission or without credit is akin to stealing and making less of an individual, and more importantly, their heritage.

However, it must be asked whether such notions of ownership still find relevance in a world dominated by rapid information and cultural exchange. And above all, is cultural appropriation really more in the domain of common-sense morality, incapable of being legally regulated? Do you really think Coldplay and Beyoncé ought to have so much hate? What needs to change? Do let us know in the comments below.